Why We Must Invest in Women, More than Ever

'Bells' for gender equality are ringing in stock markets in Latin America and the Caribbean, as a powerful sign that a sustainable and inclusive economic recovery will depend largely on how much more we invest in women.
María Noel-Vaeza
Gema Sacristán
MARCH 12 2021

Women's Day has a different flavor in 2021. We celebrate women and their struggle to achieve gender equality, after a pandemic that has affected women in a very particular way. They are the ones who have suffered the greatest losses in income, higher unemployment and a domestic burden that is twice as heavy, to name just a few examples of a broader diagnosis that entities such as UN Women have made.

Is it possible to ignore such a situation? Certainly not, and much less for the private sector and, especially, for the financial sector. This year, a global movement is gaining force: 'bells' for gender equality, an initiative that the stock exchanges of Latin America and the Caribbean have been progressively joining – this year six countries in the region are taking part for the first time.

A sustainable and inclusive economic recovery will largely depend on how much more we invest in women. This is good business, and not a catchphrase. On the one hand, they tend to be better payers, according to studies by the Financial Alliance for Women. On the other hand, for every dollar invested in the companies they found or run, they get twice as much profit as their male counterparts, according to the Boston Consulting Group. And as consumers, they control much of the world's wealth. In the US alone, for example, they handle $11 trillion, a figure that will rise to $30 trillion by 2030, McKinsey says.

That's the business case for Gender Lens Investing (GLI). Its main feature is that it seeks to generate financial profitability and contribute to closing the gender gap by investing in companies led by women, that implement gender equality and female leadership policies, or that provide products and services that particularly benefit women. 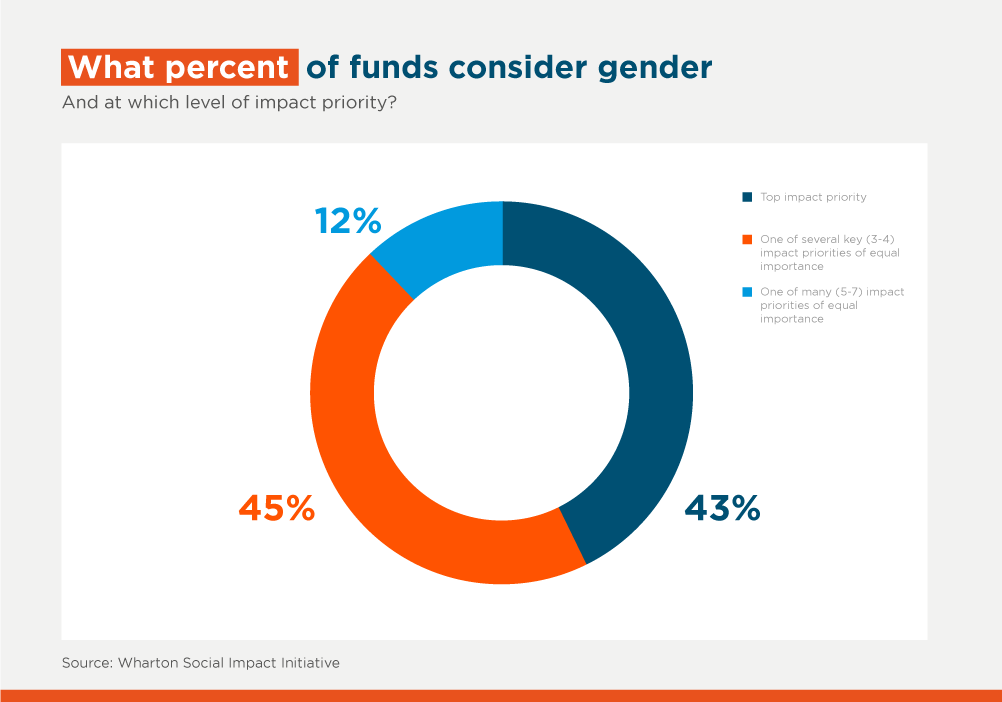 In the last two years, we have seen increased interest and more and more investment options. On the demand side, we have milestones such as those of the Japanese pension fund GPIF, which has committed $2.9 billion to the new Gender Diversity Index run by the Morningstar agency. On the supply side, the availability of products globally has increased when it comes to private debt (micro-loans and loans), fixed income (bonds), equities – stocks, indices, investment funds and exchange-traded funds – and equity investments (seed, risk and growth).

The region has not escaped this trend, and more and more products are emerging. In private debt, the region was a pioneer in developing microloans for women micro-entrepreneurs. Subsequently, banks have seen the opportunity, especially in micro, small and medium-sized companies led by women, while creating value proposals that bring loans, training, mentoring and networking opportunities together for this segment.

In fixed income, the issuance of gender social bonds has been significant in the region: in just a year and a half, there were six such placements for $400 million. Here, Colombian bank Davivienda’s stands out. Its structure allows the issuer to reduce its cost of financing, as long as it meets goals that exceed its initial commitments to finance companies led by women.

In equities, there’s stock available in companies with good scores in gender, diversity and inclusion in the assessments conducted by sustainability rating agencies. This allows GLI investors to buy them directly or through investment portfolios. In addition, this facilitates their entry into benchmark indices for gender themes. Although there are no indices of this type in the region, there are companies in international indices such as Bloomberg's Gender Diversity, and there are also sustainability indices in the region that evaluate these issues in Mexico, Chile, Brazil, Argentina, Colombia and Peru. In capital investments, the region is seeing the emergence of different GLI funds, such as NXTP Labs, New Ventures or Elevar Equity.

We are facing an unparalleled opportunity for international investors to finance the recovery of Latin America and the Caribbean, through women. Also for local investors, especially institutional ones, who are increasingly interested in the sustainable agenda – consider that subscribers to the Responsible Investment Principles in the region tripled between 2019 and 2020.

The path is clear: investing in women will accelerate the recovery of our countries and lead us to a more prosperous and inclusive society. The horizon will be as promising as our investments are. At UN Women and IDB Invest, we are more committed than ever to consolidating the GLI trend in countries where we operate, hand in hand with strategic partners who share this same vision. Are you willing to join us and not miss this great opportunity?

María Noel Vaeza is the director of UN Women for Latin America and the Caribbean.