Inclusion for the LGBTQ+ Community: A Smart Business Decision

Companies that disregard the rights and concerns of the LGBTQ+ community are voluntarily foregoing potential expansion of their business and failing to recruit talent from among a group that includes some of the most qualified people in the region.
Stephanie Oueda
Juliana Martínez
SEPTEMBER 21 2022

The inclusion of lesbian, gay, bisexual, transgender and non-binary people, as well as other sexual and gender minorities collectively represented by the LGBTQ+ acronym, is a matter of justice but also more than that: a matter of business efficiency.

In Latin America and the Caribbean (LAC), as in many other parts of the world, there are a variety of national laws regarding the rights of the LGBTQ+ community. For example, some countries accept marriage equality, while others do not. These legal issues are the responsibility of governments and the voters that elect them. However, the fiduciary responsibility of a company’s executive goes beyond that. 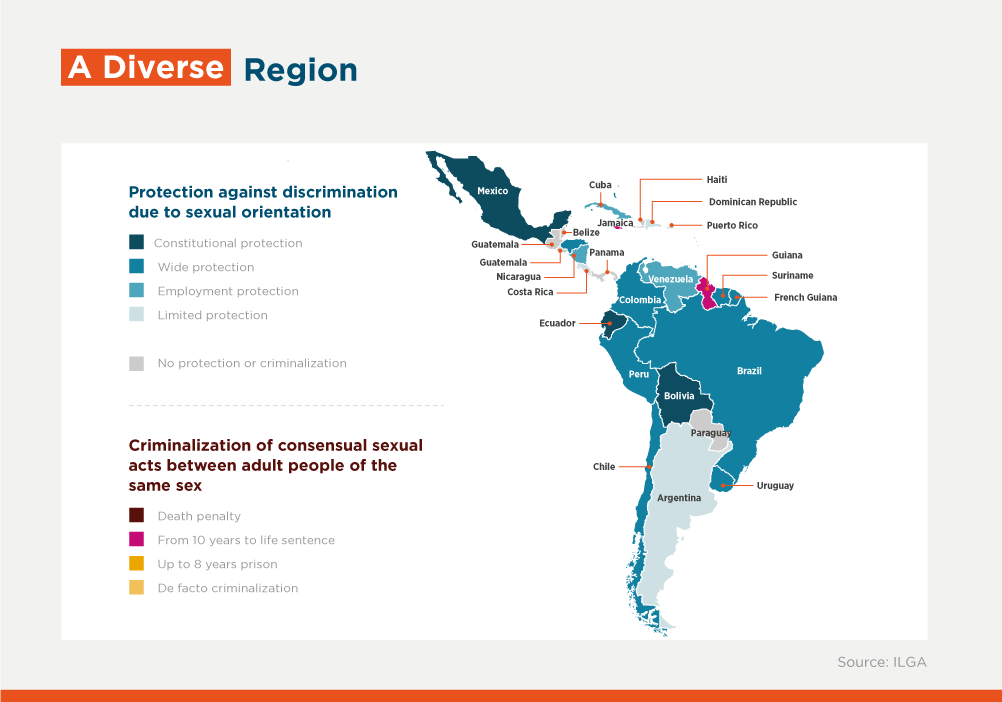 This is very easy to explain: a company that fails to consider the rights and concerns of this group is voluntarily foregoing a high-growth market, voluntarily leaving money on the table, and failing to recruit talent from a community that includes some of the most qualified people in the region.

Imagine what the United States corporate world would look like without homosexuals like Tim Cook, CEO of Apple, or without trans woman Martine Rothblatt, one of the country’s most prominent entrepreneurs. Think, too, of LGBTQ+ customers, who estimate themselves to be between 2.4% and 7% of the region’s population, and who don’t consume goods and products from companies that ignore their concerns and interests.

When we talk about not bearing in mind the vision of this community, we’re talking about things that may seem obvious, but are significant: for example, the dress code that many companies adhere to, which may be restrictive and discriminatory to people who identify as non-binary or are in transition. The same issue exists with guidelines for gender-appropriate haircuts, which are more widespread in the region than it would seem, especially in medium-sized companies and family businesses. Giving people options is not a mistake.

We have challenges that are invisible to non-LGBTQ+ people, like the difficulties they experience when applying for a loan or mortgage and their partner cannot cosign because they aren’t legally married in their country, while others who are recognized as legally married are able to do so. People undergoing gender transition can run into problems with their ID cards due to the physical changes that come with the transition process. This is a challenge in the corporate world, and is particularly relevant for human resources departments, as they need to keep in mind apparent differences for personnel documentation.

Similarly, many companies offer visa programs for couples, but LGBTQ+ people may encounter problems if they don’t have a marriage certificate and can’t prove cohabitation because this is kept secret in countries where homophobia is still rife. Many companies offer maternity leave but not family leave, or haven’t considered the possibility that a gay couple could have a baby; or that a child could be adopted by a non-traditional family, or by a single person. It’s important to have a policy that supports all types of caregivers, including non-traditional couples who need moral support and assistance during medical convalescence and other circumstances.

All of this is not an additional cost, but rather an investment, as numerous studies have shown that having a pro-LGBTQ+ policy acts as a canary in the coal mine; just as miners used to have a bird to see if it stopped singing or lost consciousness, which would be a sign of poor air quality, non-LGBTQ+ people have a better perception of companies that offer significant support to the LGBTQ+ community. This is logical, given that such companies show special concern in the treatment of their employees who are most vulnerable to discrimination.

This study shows that a pro-LGBTQ+ stance improves a company’s ability to attract all types of personnel: 72% of the survey’s respondents indicated that they’d be more likely to accept a job offer from a company that supports equal opportunities for LGBTQ+ employees.

And we mustn’t forget the goods and services that cater to the LGBTQ+ community and the growth opportunities that this segment offers. From companies that help people find partners, like Grindr, to so-called “pink tourism” in areas that are more friendly toward this community, there are many possibilities. But we’ve also observed that the companies that express the most support for equal rights tend to achieve better financial performance thanks to the trust placed in them by their employees and customers, and by avoiding the rejection faced by companies that discriminate.

There’s nothing wrong with the colorful decorations of Pride Month, but we need to do more than just wave the flag every now and then. The private sector’s role in raising awareness is of even greater relevance in many societies where these discussions aren’t being held at the level that has been achieved elsewhere. Let’s not think about marketing strategies, but about establishing coherent positions in favor of rights, just as large companies like Pfizer and Amazon have done to show their commitment to a community that’s becoming increasingly prominent.

Juliana Martínez is an associate professor in the World Languages and Cultures Department at American University (Washington, D.C), where she is also