We present three selected blog posts from the IDB Group, on school attendance during the pandemic, the silver economy of the elderly and the new reality of women in the region’s workforce.
Idb Invest Team
FEBRUARY 04 2022

School attendance during the pandemic

Almost two years after a widespread closure of schools, the first official data allows preliminary measurements of the pandemic's real costs on schooling. School attendance of students between the ages of 6 and 23 has fallen 1.7 percentage points, which is the equivalent to having placed three million additional students in a condition of exclusion. These figures are lower than originally forecast; however, there are compelling reasons to expect that the impact will continue to grow in the coming months.

The Inter-American Development Bank carried out a study on the effects of the pandemic on school attendance and the effective engagement of students (quality of interactions and effective number of hours of study per week, beyond formal enrollment). Unlike the estimates released in the early months of the pandemic, which were made from statistical projections and assumptions about the duration of the closures, this new study is based on household surveys and official statistics.

With a cutoff at the end of 2020, national statistics show a decrease of 1.7 percentage points on average in the school attendance rate of students between 6 and 23 years of age. This is equivalent to the departure of around 3 million students from the education system, in addition to the nearly 30 million children and young people of school age excluded from the education system before the pandemic.

The thriving future of the silver economy

Did you know that people over 60 years old account for more than 50% of total consumer spending in several industrialized economies? This population segment is becoming a driver of employment, growth, and innovation.

Though many people are aware of it, few anticipate that this very development will soon transform the economies of LAC – a region that is still comparatively young in people’s imaginations.

The reason is simple. While today just one in ten people in LAC is at least 60 years old, in 30 years it will be one in four people, a total of almost 180 million. In some countries, such as Brazil, Chile, Colombia, Costa Rica, Jamaica, Trinidad and Tobago, Barbados, and Uruguay, nearly one in three people will be over 60 years old by then. 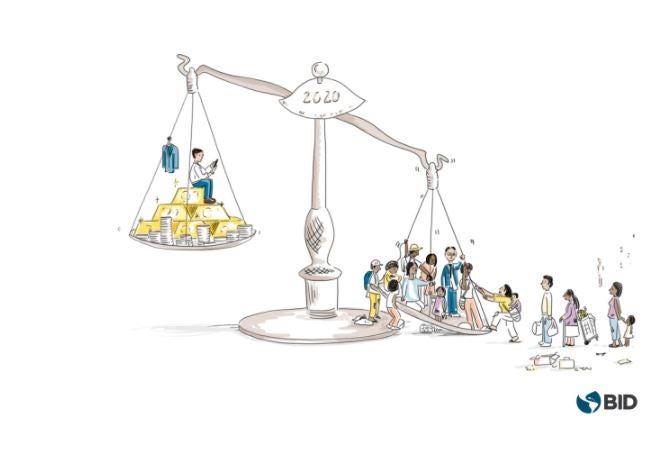 Towards a new labor reality for women

When we talk about the future of women in the labor market in LAC, we live at a crossroads of the most important. The region faced the worst recession in 120 years, with the world's largest drop in Gross Domestic Product (GDP) and a third of all coronavirus deaths. We know that the pandemic has impacted women with devastating consequences in the short, medium and long term. These have been extensively analyzed, commented on from different approaches and with great added value.

Faced with this situation, we have two options. We have an opportunity to push for transformative reforms to address traditional structural problems that have hindered women's full development and progress in the workplace. Or, we can discard this opportunity, continue to implement short-term measures without a gender lens and run the risk of losing the gains that women have made in the workplace in the last two centuries.

The IDB's Vision for 2025 emphasizes that post-pandemic recovery requires the implementation of key reforms that take advantage of the current window of opportunity to accelerate growth—inclusive, equitable, and sustainable—in the region.