How Will the Rise of Miami as a Global Tech Hub Impact Latin America & the Caribbean?

Foreign-born founders, including many Latinx, account for around 40% of entrepreneurs in Miami, as South Florida evolves from a “stepping-stone” in and out of Latin America and the Caribbean, becoming a tech hub for the region.
Guillermo Mulville
Irene Arias
MAY 12 2021

On the night of May 24th, 2019, anyone looking up at a cloudless sky would have been shocked and awed by the alignment of dozens of bright “stars” moving in train-like formation. These were not real stars, but the first satellites launched by Starlink, Elon Musk’s broadband venture.

In 2020, a new set of “stars” was aligning, but this time over South Florida. A pro-business environment, a vibrant multicultural community, and the once-in-a-lifetime possibility to experiment with remote work quickly positioned the area as the newest and trendiest Tech Hub. Yet a thriving tech ecosystem does not occur by chance. It blossoms through a virtuous interaction between founders, start-ups, capitalists, and tech talent. And as we shall see below, one viral tweet.

Deeper secular trends play in South Florida’s favor. Digitalization is accelerating what Professor Galloway from NYU Stern describes as “The Great Dispersion”. Just like technology can help skip the bank (fintech), the store (e-commerce), the doctor (telehealth) and the supermarket (e-grocery), there is evidence that innovation and tech company-building can by-pass Silicon Valley. In the United States, Austin, LA, Boston, Miami and other hubs are building traction. While they are unlikely to topple Silicon Valley for now, they are capturing some of the action.

South Florida is unique in many ways. It was historically a stepping-stone into and out of Latin America and the Caribbean (LAC). Favorable travel logistics lured decision makers, creating a strong financial center for multi-family offices and wealth managers. Against this backdrop, Softbank made a splash with its massive $5 billion Latin America Fund in 2019. It then increased the bet through the $100 million Opportunity Fund to support start-ups by Black, Latinx and Native American founders. But the “305” is also attracting other heavyweights. Goldman Sachs, Founders Fund and Blackstone, together with Spotify and Apple, have landed in the area, in many cases with their sights set on LAC. As the hub grows, others will want (and need) to set up shop.

Organizations like The Knight Foundation, Miami-Dade Beacon Council and Miami Tech are proving to be instrumental in promoting an open, supportive community spirit like the one seen in Silicon Valley’s early days. Not surprisingly, foreign-born founders account for around 40% of Miami’s entrepreneurs, and many are Latinx. But how can an up-and-coming Tech Hub be further bolstered? And what does that mean for other tech ecosystems across LAC?

Environmental, social and governance (ESG) are now critical. In his latest annual letter, BlackRock CEO Larry Fink said that companies with high ESG standards outperformed their peers in 2020. In a diverse area such as South Florida, and the LAC region it serves, the tech growth engine needs to be inclusive and sustainable. ESG mainstreaming will require further leadership and evangelization by policy makers, impact investors and multilaterals. The fAIr LAC initiative by IDB Lab is a clear example of how an ecosystem can be directed towards sustainability, thus fueling impact.

The publication “Tecnolatinas: The LAC Startup Ecosystem Comes of Age” showcases the motivations for the IDB Group to connect with the Miami startup hub, thus strengthening Northern-Southern Hemisphere integration. This will help the scaling up and regionalization of LAC startups. It will also activate subscale tech verticals and markets, like the ones in Central America and the Caribbean. In this, Miami will play an increasingly relevant role, fueled by convening parties like The Venture City, Founders Factory and CIC. 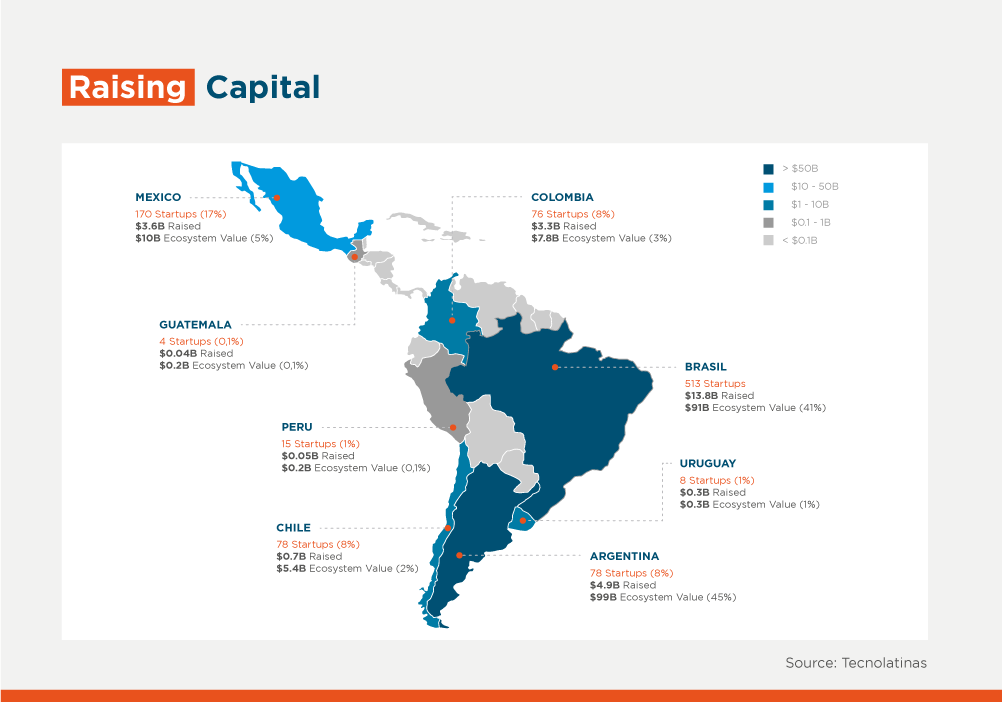 The South Florida tech hub will undoubtedly benefit LAC. As the development community knows, impact is maximized when the public and private sectors push in the same direction. Support from Dade County and Miami officials has been crucial. How many public officials tee off with a “How can I help?”. This was Mayor Francis Suarez’s viral cue, as Silicon Valley twitters debated the “flight to Miami”. The roster of tech moguls settling in the area is expanding fast and the stars have aligned over South Florida. Whether this will be enough for Elon Musk to set up shop, time will tell!

Irene Arias Hofman is the CEO of IDB Lab, the innovation laboratory of the Inter-American Development Bank Group, the leading source of development fi