At the 21st edition of the annual climate conference (COP 21) in early December, financing commitments by countries will be top on the agenda. Who is paying for what? How much will they pay? And by when will they do so? One major issue of debate in the face of limited resources is how much money should go towards avoiding and reducing GHG emissions – "mitigation" – versus how much should go towards supporting people, businesses and ecosystems to adapt to the effects of climate change.
KATALIN SOLYMOSI
NOVEMBER 16 2015 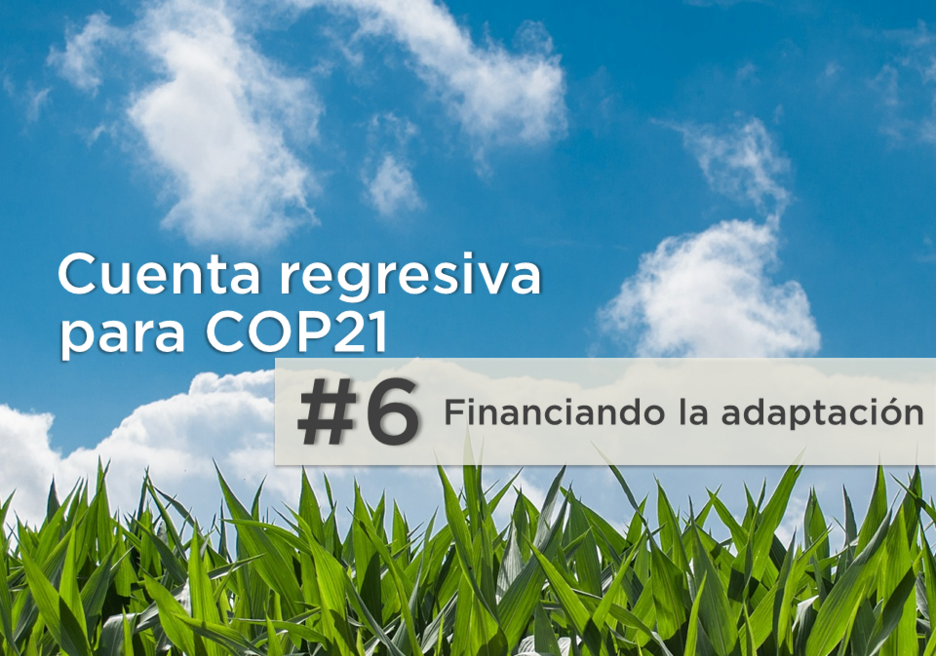 The past few years have shown that less than a quarter of total public climate finance, which is about US$25 billion in the year 2013, went to adaptation. The private sector is a huge investor in clean energy and other GHG reducing technologies. However, investments that sustainable businesses make towards adaptation are less evident and harder to track. This is because companies do not report how much they invest in making their business more resilient to climate change. In fact, companies often contribute towards adaptation without realizing it, for example, by continuously taking measures to improve their productivity in order to stay competitive. Globally, there is a large gap between the amount of public financing available for adaptation and the real need. Although not reported, the private sector is already contributing its share. Graph: WRI[/caption]

The agricultural sector is a good example of this. The estimated US$17-28 billion annually that Latin America and the Caribbean must spend on adaptation by 2050 will have to come largely from the agriculture, water supply and infrastructure sectors. Without necessarily calling it “adaptation financing,” the agribusiness association of Nicaragua promotes investments in crop diversification and efficient irrigation schemes in order to increase productivity in the face of extreme weather events like the recent drought in the "corredor seco" ("the dry corridor"). Climate change will exacerbate such droughts in the future, investing in water savings is therefore a good way to prepare.

Other companies look towards strengthening producers in their value chains in order to have access to reliable, high quality raw materials while production conditions are constantly changing. In Central America, ECOM, one of the world’s largest coffee traders has partnered with the IDB to support producers making on-farm investments to deal with coffee leaf rust, or "la roya," which has affected up to 70 percent of plantations in the region. Experts agree that climate change is one among many factors accelerating la roya outbreak. By renovating their farms with more robust varieties and improving farm management in general, coffee growers will have a better chance to adapt to further possible impacts of climate change.