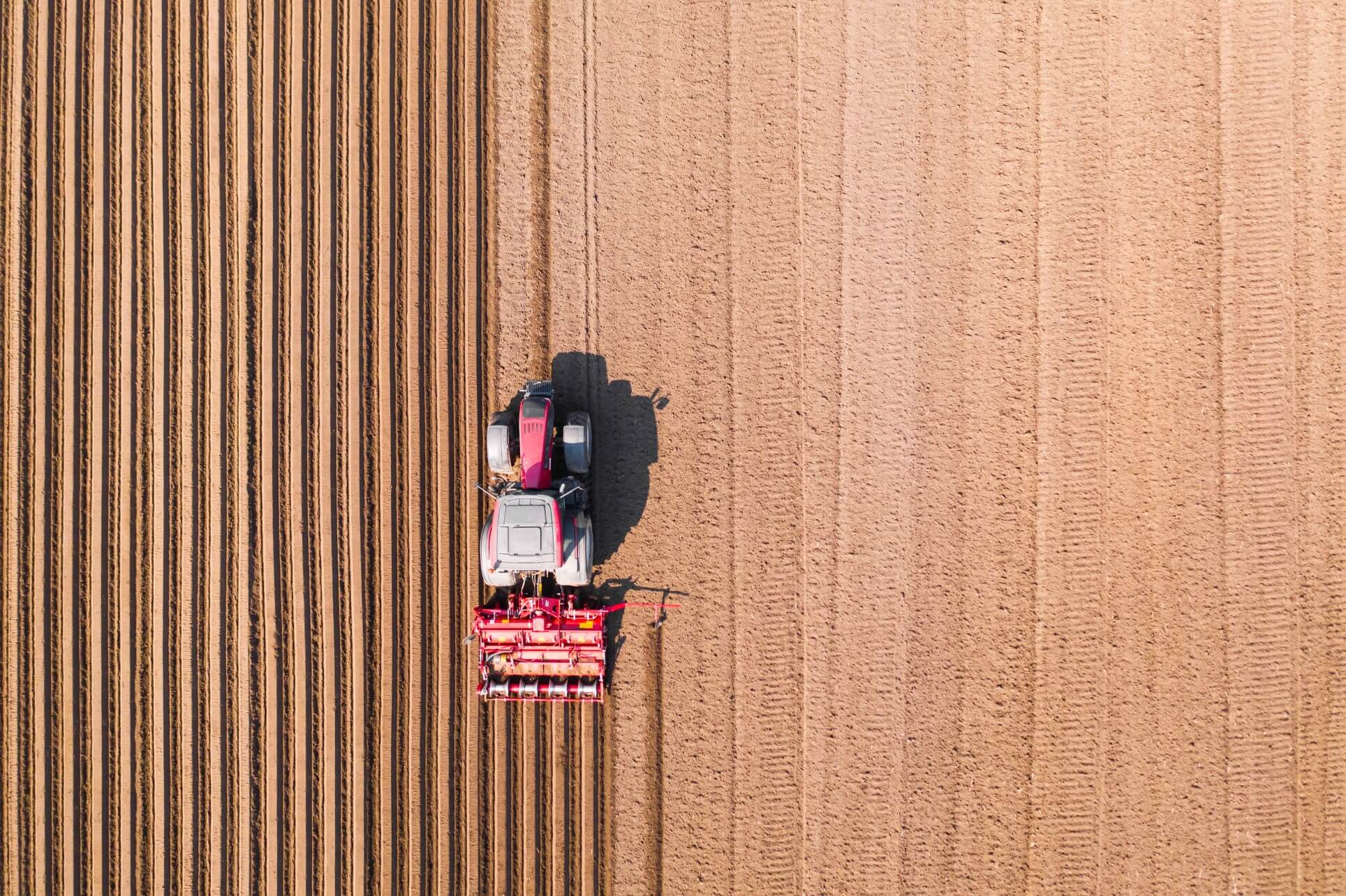 Sustainability in Agribusiness (1): How to Add Value Using Tech & Inclusion

We have a unique opportunity that many other regions of the planet have not had, to drive the latest technological revolution in agribusiness with environmental, social, and corporate governance (ESG) factors, and further increase profitability in a sustainable and inclusive way.
Luiz Gabriel Azevedo
Paula Valencia
APRIL 09 2021

When talking about new concepts regarding impact investing, one tends to think that in the agribusiness sector everything amounts to good intentions. However, a sustainability agenda can increase the profitability of the agricultural sector, especially in regions such as Latin America and the Caribbean (LAC), which accounts for 14% of global agricultural production and will account for 25% of world exports of agricultural and fishery products by 2028.

LAC needs to move forward with the development and spread of technologies to increase productivity, sustainability, innovation and inclusion, which will meet the nutritional needs of a world population that is constantly increasing, and is expected to be at 9.3 billion in 2050. We plan to talk about these aspects in a series of entries, of which this is the first.

In a recent Op-Ed in the Financial Times, the prestigious Israeli historian Yuval Noah Harari wrote that, due to scientific advances, humanity is no longer defenseless against pandemics like the one we are experiencing. However, it’s remarkable that he cited the example of agriculture and its resilience at this time due to accelerated modernization in recent decades – because that has not yet been the case in LAC.

In Brazil, GDP fell 4.1% in 2020; however, the agricultural sector grew by 2%, which contributed to containing the decline. The same happened in Colombia, where GDP contracted 6.8% but agriculture grew 2.8%.

These are examples of how, in our region, agriculture has had a solid performance during the pandemic, partly due to high demand for food products, especially in the early moments in country-wide lockdowns. But modernization has had little to do with it, given that it has not yet reached much of the agribusiness sector.

This goes to show that there is significant scope for higher profitability in the sector, as new technologies based on digitization arrive, same as happened for example in Israel. Supply chains would be key beneficiaries of technology in agriculture. It’s not only that technology is driving greater inclusion, but also more connectivity, productivity, speed in transactions, remote management of devices, ease of monitoring and digital capture of images, which makes it easier to track products, satisfying the requirements of consumers.

Likewise, technology can help the inclusion of women in the agricultural sector, by reducing the apparent need for the use of brute force, and by making working methods more sophisticated, and this will require a focus on training with a gender lens. According to some estimates, of the 58 million women who participate in agricultural work in LAC, only 17 million are formally recognized as such, which has negative implications for access to state programs, credits, and technical assistance in the field.

Nor can we forget that in LAC, as in other places, women are juggle multiple functions as they are the ones who mainly take care of children and other dependents. Many more women could join the agribusiness sector and contribute to its inclusive growth if there were greater concern for their specific needs including: safety in transport to work and accommodation, creation of areas for breastfeeding, and spaces for the care of young children during the working day. Attention to these needs by employers, following the example of companies such as Danper from Peru, would be very positive.

Other aspects of inclusion in agriculture are digitization and access to financial services in the development of the field and increased productivity. In relation to the latter, in a region where the agricultural sector represents around 6% of GDP, a value almost double the world average, only 3% of credits are directed towards this sector. In the case of value chains that include multiple payments and collections, these have been slowed or delayed by the crisis related to the pandemic and extended periods of commercial inactivity. IDB Invest has collaborated with the financing of the chains using reverse factoring solutions that allow advance payments and is supporting the transformation of agribusiness companies such as Grupo KUO, Sigma Alimentos and Elementia.

In this region, we have a unique opportunity, that many other parts of the planet have not had, to drive the latest technological revolution taking into account environmental, social, and corporate governance (ESG) factors, and further increase profitability in a sustainable way. ESG factors are changing the way companies are run around the world, but they are also changing the way the activity of those companies is assessed, with a particular impact on emerging markets like ours.

At IDB Invest, we have been leading the adjustment of the LAC agribusiness sector towards a more sustainable model, which will also be a more profitable model. We’re not the only ones who make this claim. It is time to act. 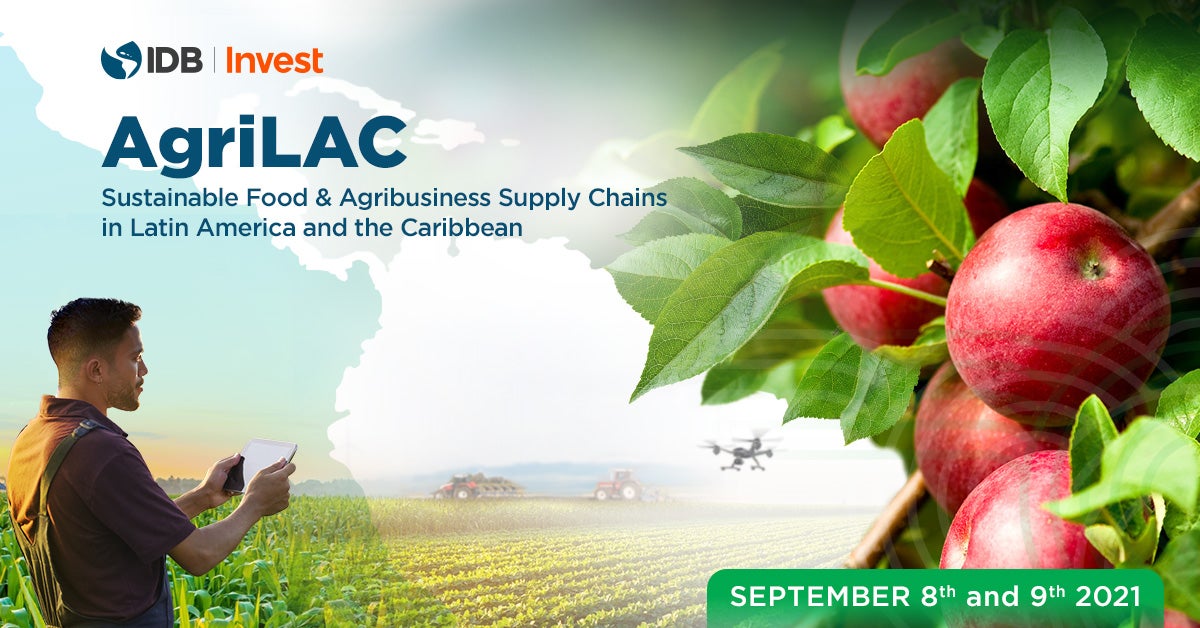 You can be part of our virtual conference AgriLAC. Click here to register now.

Luiz Gabriel Azevedo is the Division Chief of Environmental, Social and Corporate Governance at IDB Invest. He has worked with international develo

Paula Valencia is an environmental and social specialist at IDB Invest, based in Washington, D.C. and she leads the agribusiness group within the Envi