December 20th marks the United Nation's International Human Solidarity Day, a day for "people from all nations, faiths, cultures and traditions to work together in common cause," according to Ban Ki-Moon. To commemorate the importance of solidarity, I wanted to share an experience that allowed my team of private sector experts to work with an indigenous community in Panama. A shared appreciation for skills-based volunteering and sustainable business facilitated the partnership.
HANS SCHULZ
DECEMBER 19 2014 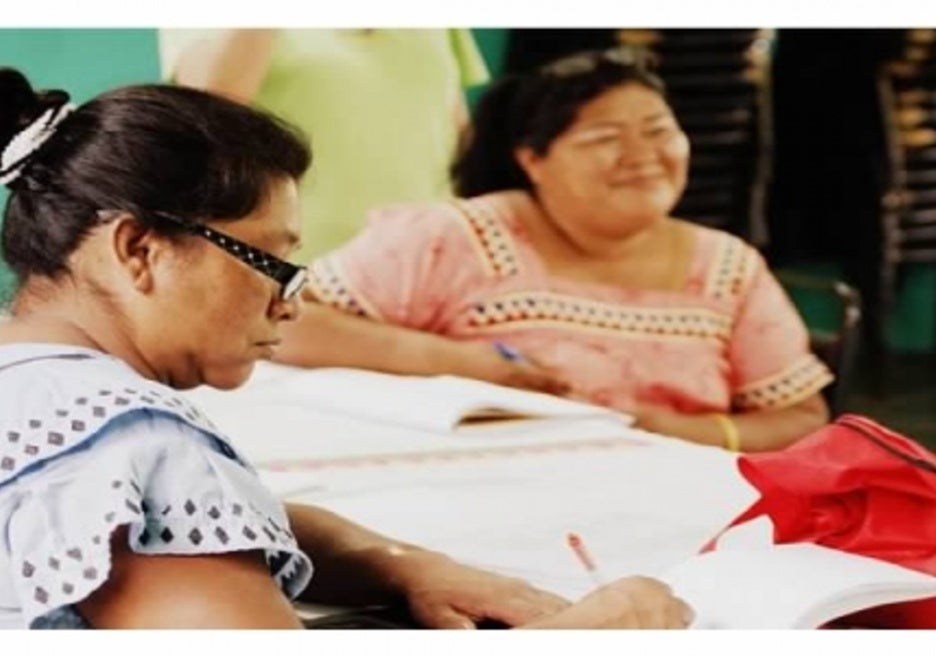 ASMUNG: a women-led NGO in Panama visited by volunteers who supported the launch of its  sustainable tourism businesses[/caption]

Our journey to know the Ngäbe-Bugle women began in 2010, when my department co-sponsored a 5K run in Washington D.C. to support the Association of Ngäbe-Bugle women (ASMUNG). ASMUNG’s mission: strengthen the living and working conditions for local indigenous women through cultural awareness, income-generating opportunities and economic empowerment. The run was a success!

Motivated IDB staff came out to run on a cold and wet Saturday morning. We raised $10,000. For 5 kilometers, I walked and talked with ASMUNG’s two leaders, Doris and Emily. They spoke of the Chiriquí province, their attempts at preserving what few cultural landmarks remain, the restaurant that still could not break even and a handicraft business that had more producers than buyers.

I was struck by the synergies that existed. These women sought to launch a small yet commercially-viable businesses focused on eco-tourism and sustainable production, and my team of business professionals focused their work on identifying and developing private sector projects with social and environmental value.

Determined to continue to engage these women, who represented Panama’s largest and most poverty stricken indigenous peoples, we had two choices – donating money or donating time. Donating money seemed too easy. Plus, the goal was to gain a sense of solidarity. I wanted staff to live and feel what someone else’s day-to-day is like. My own experience has shown that through immersion, perceptions change and true development happens.

In 2012, eight staff members received training about the social and economic challenges confronting the Ngäbe-Bugle community. Extreme poverty rates near 90%, and birth rates and child malnutrition rates are the highest in the country. Men and women have little education and resources to escape the cycle. We were also trained in cultural sensitivity, local customs, and even how to ask questions respectfully.

The experience of staff immersing themselves in the Ngäbe-Bugle culture was later described by some as “humbling,” “reinvigorating,” “once in a lifetime.” And the businesses improved. Alongside the women leaders of ASMUNG, we created a marketing plan. We marked hiking paths for tourist excursions. Inventories, accounts payable and cash flows were meticulously calculated. The restaurant and artisan store were renovated to attract sought after foreign tourists and share the Ngäbe-Bugle’s history and culture.

School girls whose mothers participate in the women's association[/caption]

International Human Solidarity Day reminds me of our commitment to ASMUNG and to the beautiful, influential women leaders who keep its small businesses going. I encourage others to use this day to "work together in common cause" with someone outside your traditional circle. The rewards of doing so can be good for you and for the private sector.

A volunteer works on decorating the artisan store[/caption]

The artisan store after volunteers decorate and organize inventory. One of ASMUNG's many sustainable businesses.