How cattle ranchers can profit from planting trees

In agriculture it’s not often that you find a relatively simple way to increase production by up to 20%. Planting trees turns out to be one such way for cattle farmers. Cows like shade and grow much faster if they graze on pastures dotted with trees. Studies show that combining livestock herding and forestry on the same stretch of land can lead to an 8% to 20% increase in dairy and meat production in the Southern Cone region.
KATALIN SOLYMOSI
MAY 05 2016 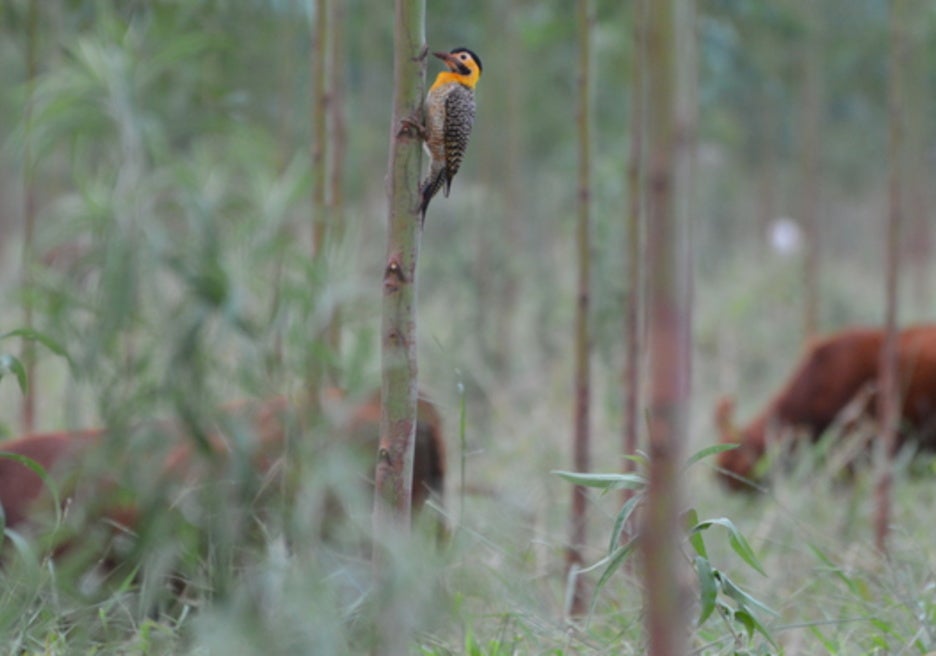 This is just one advantage of what experts call silvopastoral production systems – essentially, cattle farming on forestland. Aside from a series of environmental benefits, silvopastoralism comes with strong business incentives for landowners. Here are five of them:

By combining cattle farming and forestry, farmers generate more income than they would be able to if they just focused on either business. Comfortable cows lead to more and higher-quality beef and milk.

While beef production in Paraguay may be profitable in the short run, long-term projections show that it is financially unsustainable. Profitability increases, however, as farmers grow more trees on pasture land for productive use, reaching an internal rate of return (IRR) of up to 18.6% according to IDB Group estimates.

The green and blue areas in eastern Paraguay are considered ideal for silvopastoral production.

When planted on degraded pasture land, trees capture significant amounts of carbon dioxide. A silvopastoral project in Colombia increased its carbon sequestration by about eight tons of CO2 for every hectare of land.

Silvopastoral systems can also benefit watersheds and biodiversity. In Paraguay, where biomass makes up a large percentage of the energy matrix, traceable timber from pasture land helps curb illegal logging for biomass.

It is difficult for forestry companies to borrow money to invest in forest plantations because of their cash flow profile. Trees are harvested when they are mature, leaving plantations without income during the entire growth cycle, which takes a minimum of seven years. Bankers don’t like this risk. Adding cattle to the business generates revenue every year. The resulting cash flow allows ranchers to access finance and pay back a loan while they are waiting for their trees to grow.

By introducing forestry, ranchers maximize their land's yield rather than expanding the pasture area to generate more income. Given the regional challenge of continued deforestation and forest degradation that can be observed almost in real time, this is an important benefit.

Silvopastoralism has many benefits in agriculture. Cows like shade and grow faster with trees around.

Silvopastoral systems can be tailored to fit farmers’ needs by focusing more on tree growth or cattle productivity. Some farms in Paraguay emphasize timber production and plant trees more densely. Dairy farmers in Brazil, on the other hand, optimize for milk production. They plant trees further apart to allow more light for pastures while maintaining some shade for their cattle.

A recent study by the IDB Group concludes that large areas of Paraguay are suitable for this kind of combined production.