Latin America and the Caribbean is experiencing an expansion in sustainable investment, greater interest by investors, a wider range of products, and a public sector that is encouraging this investment.
Gema Sacristán
JANUARY 15 2021

2020 left us with many uncertainties, but one certainty is that sustainable investment is expanding. Sustainable investment includes environmental, social and governance (ESG) factors, and by early 2020 in the United States alone it had grown by 40% over the previous two years, representing one out of every three US dollars managed by investment funds, according to the U.S. Forum for Sustainable and Responsible Investment.

This trend has can also be found in Latin America and the Caribbean (LAC), and this year significant progress has been made, which is evident in many forms, such as greater interest by investors, a wider range of products, and a public sector that is encouraging this investment.

An example of investor interest is the large number of subscribers to the Responsible Investment Principles in the region, which tripled between 2019 and 2020. There are now more than 150 members with nearly $1.5 billion in assets under management. 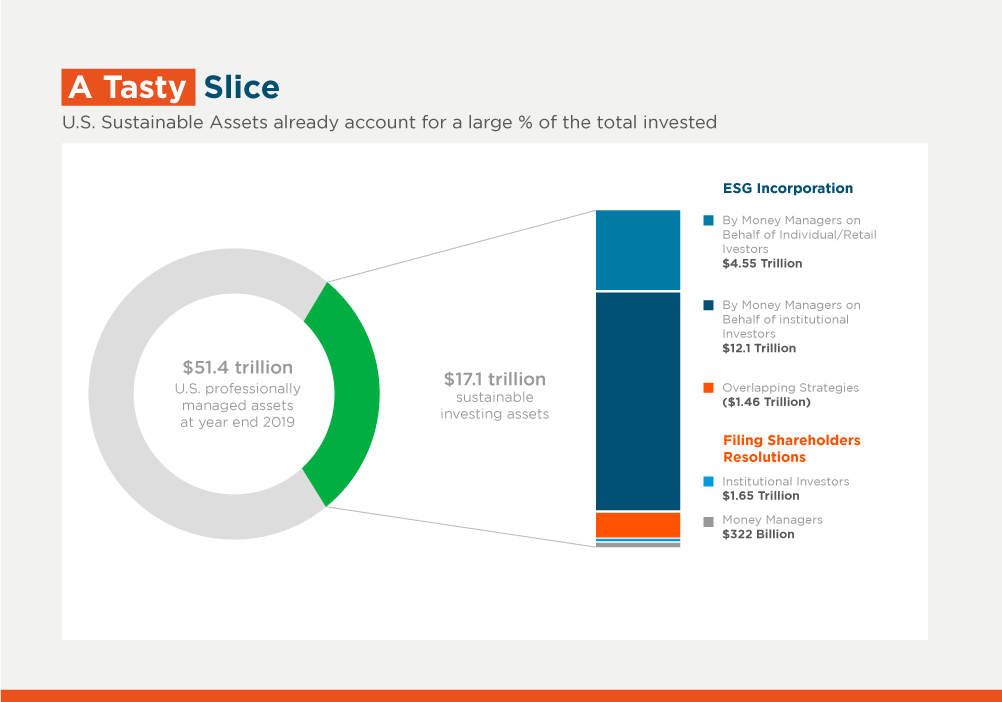 There are also several novelties among products. There has been a greater demand for themed fixed income bonds such as green, social and sustainable bonds, probably driven by the pandemic. Thus, 2020 will close with the largest ever volume of social bonds in the region. The Chilean government issued $2.1 billion of these bonds in November alone, which were supported by technical assistance from the IDB.

Ecuador issued the world's first social sovereign bond in January, worth $400 million, for its "Casa Para Todos" (Homes For All) social housing program; this was guaranteed by the IDB. After the pandemic began, several governments took advantage of the capital markets to fund their crisis relief programs. Some of them issued "COVID-19 bonds", such as Guatemala, which issued one such bond for $1.2 billion in April.

Mexico issued the world's first sovereign SDG bond for $890 million in September, which will be used to finance projects that are required to meet its Agenda 2030 commitments.

Furthermore, some bonds now have their return (coupon) linked to the achievement of objectives. The Davivienda Bank in Colombia issued the first gender social bond in the world for $100 million, using this approach. The funds will be used to finance women who lead small and medium enterprises and to purchase social housing. The issuer will obtain a financial benefit from this structure, if it succeeds in increasing its loan portfolio to women-led SMEs.

The pulp and paper company Suzano in Brazil was the first in the emerging markets to issue such a sustainable bond for $750 million. This structure commits Suzano to paying a higher coupon if it does not meet its goal of reducing carbon emissions by 11% by 2025.

Sustainability-linked rate loans have also gained ground in private lending. Mexico's Cemex received the largest sustainable loan in Latin America and emerging markets in October for $3.2 billion. It is now committed to reducing its contaminating emissions, reducing its raw material consumption, and increasing its preference for renewable energy.

The number of companies in the region that adopt sustainable practices and transparent reporting is increasing. This has aroused the interest of investors. Such measures enable such companies to join local and international sustainability indexes and investment portfolios. More than 1,000 companies are subject to ESG analysis only by V.E. affiliated to Moody's and Sustainalytics, and two new sustainability indexes have been created on the Mexican stock exchanges, while new funds have appeared.

Some ETFs have taken flight. BlackRock reported in October that its first ESG ETF in Mexico raised about $450 million just two months after its launch, making it their fastest growing ETF. There are also unlisted new funds, such as LarrainVial's Low Carbon ESG debt fund, and Santander Asset Management's ESG equity fund in Mexico.

This growth would not be possible without an appropriate environment, and the public sector is playing an important role by establishing guidelines, standards and regulations. The financial regulator in Paraguay and Colombia launched guidelines for the issuance of SDG and green bonds, respectively. New reporting requirements in Chile were approved for pension funds, which must now report on how they incorporate ESG and climate risk factors into their investment policies. Similarly, Peru's financial regulator has proposed that pension funds incorporate ESG factors into their investing policies.

These changes demonstrate that countries in Latin America and the Caribbean are building a solid foundation for sustainable investment. At the close of 2020, one thing that keeps us optimistic at IDB Invest is that we are part of these developments. These investments drive reconstruction and become the spearhead for growth in the region, in order to build foundations that are strong enough so that no crisis can threaten them.