Hardly a day passes without a new article on how businesses are analyzing the needs, wants and spending trends of millennials. In the US alone, millennials (or Generation Y), those born between 1980 and 2000, represent 30 percent of the population. By 2025 they will be 75 percent of the workforce of this country. The impact that millennials are starting to have on the global economy, the environment, and politics is enormous. But “millennial mania” is dominated by studies, research and marketing efforts that focus on affluent individuals. Meanwhile, in Latin America and the Caribbean a market of 77 million low-income or base of the pyramid millennials goes almost unnoticed.
LINA M. SALAZAR ORTEGÓN
AUGUST 11 2015 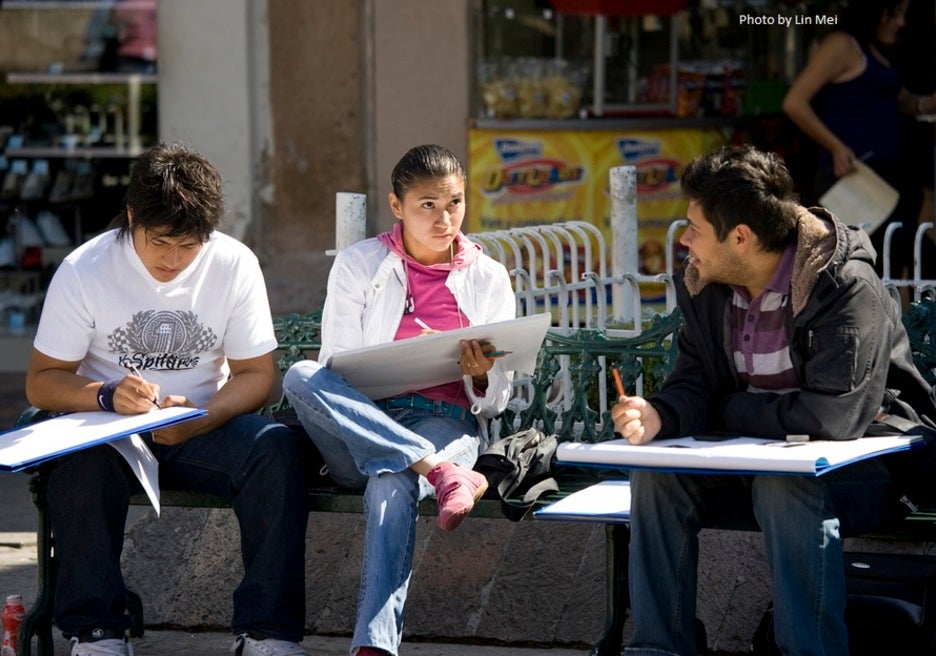 Base of the pyramid millenials (Photo by Lin Mei)[/caption]

Latin American GenYers who live on less than US$10 a day (the base of the economic pyramid, or BoP) will shape the demands of the future middle class in this region in the coming decades. The people in this segment – roughly 20 percent of a Latin American BoP market of 405 million people, worth $759 billion per year – are more connected, more educated, and have more disposable income than ever before.

Their economic appeal is undeniable. Any company or financial institution interested in running profitable businesses that serve the low-income segment must consider BoP millennials in their business plans and growth strategies.

As these millennials reach adulthood, they start having families, deciding what’s consumed at home, how to save, what to eat, how to access the internet, and how important health is. This has big implications for markets, ways of doing business, and the BoP consumer profile.

Business opportunities abound: data collected by the Inter-American Development Bank (IDB) in Peru, for example, shows that 50 percent of millennials between the ages of 18 and 35 have money left at the end of the month. Eighty-nine percent of them save it, and only 18 percent put it in a savings account.

If this is not a business opportunity, what is? It opens the door for financial institutions to strengthen their financial literacy efforts and expand their client base. It’s also an opportunity for insurance companies who could target the segment and identify how much of those savings are earmarked for emergencies.

BoP millennials become even more attractive as they enter the middle class, a segment characterized by more discretionary spending in recreation, eating out, financial services and technology. The good news is that by 2020, 35 million low-income Latin Americans will move into the middle class and a significant percentage will be millennials.

Additionally, almost half of these GenYers will be educated women, often heads of households and active in the workforce and the economy. The result: a segment of female consumers and new mothers with the power to influence which goods and services the family purchases.

If you’re wondering how to access this market, technology and the internet are the answers. Mobile phone penetration in Colombia is 105 percent, and in Peru 91 percent of millennials have a cellphone. Seventy-six percent of Mexican heads of households between 18 and 35 use the Internet.

While the BoP market for information technology and communications represents only about three percent (US$25 billion annually) of total expenditures at the base of the pyramid, the market grew at an annual rate of four percent between 2000 and 2010.

According to LEXIA, a Mexican firm that specializes in low-income markets, smartphones are a primary need for BoP millennials in Mexico. Interestingly, they’ve discovered that Mexican millennials primarily use the Internet to connect with people, as opposed to looking for information.

This hints at how different the interests of the BoP are in contrast to more affluent market segments, and could help direct marketing efforts aimed at BoP millennials; for example, those that promote higher education or preventive health practices.

Technology and the internet are already enabling companies to reach BoP millennials. Mexico’s Barared is an example: it is a network of more than 1,000 kiosks in convenience stores in BoP neighborhoods. The kiosks are equipped with iPads with high-speed broadband that clients can use to access to a myriad of financial and telecommunications services, such as phone calls, cellphone top-ups, bill payments, email access, Skype videoconferences, and banking services.

Daviplata, in Colombia, is a mass mobile money platform that allows BoP consumers to manage their cash with only a feature phone. Clients can transfer money, withdraw cash, pay utilities and receive remittances, among other services.

Don’t miss this opportunity. The market for new, impactful businesses that target BoP millennials’ unmet needs and desires is vast. And those who start building bonds of loyalty with this segment today will be the preferred brands of tomorrow.

* This post was originally published in the Skoll World Forum contributor space on Forbes.com