It has been more than ten years since we first read about the base of the pyramid (BOP) and the large and virtually untapped market represented by this socio-economic segment. People at the BOP in Latin America and the Caribbean live on less than $10 a day, but they have benefited from the region’s economic growth between 2000 and 2010 and their incomes have been growing ever since. Latin America’s BOP now encompasses 406 million people and represents a market of $760 billion. A market segment that awaits for innovative companies.
LINA M. SALAZAR ORTEGÓN
MAY 27 2015 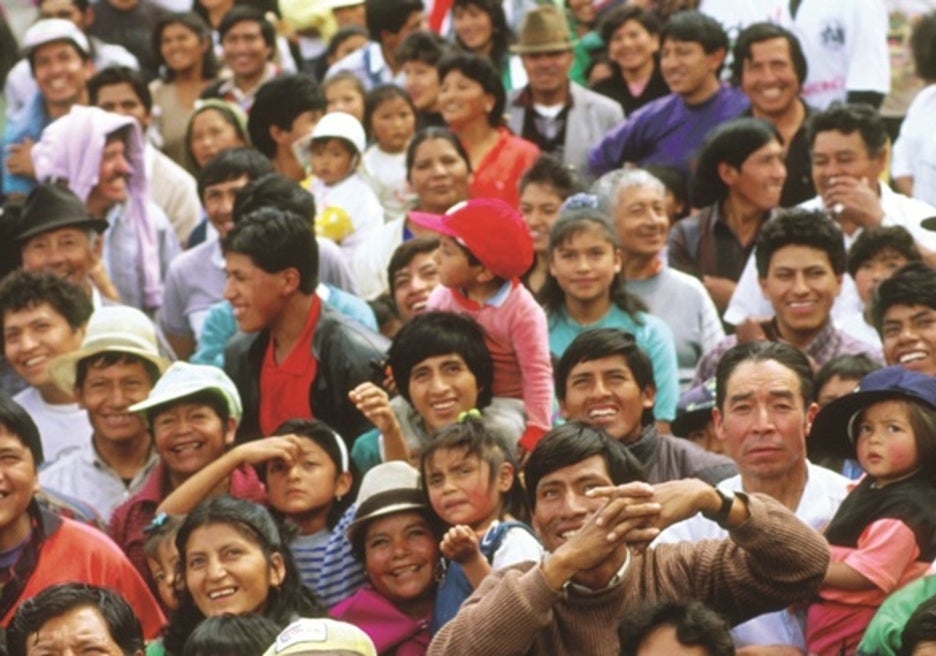 Changes at the base of the pyramid in LAC will be the source of innovation in the next decade.[/caption]

The Inter-American Development Bank (IDB) is aware of the need to revisit the perceptions and aspirations of the region’s evolving BOP market. For this reason, the IDB’s Opportunities for the Majority sector will release the report A Rising US$750 Billion Market: Unlocking Opportunities at the Base of the Pyramid in Latin America and the Caribbean at the BASE III Forum, which will be held in Mexico City from June 29 to July 1.

The report will be instrumental for any business or organization interested in tapping into the BOP market in Latin America. I interviewed Luiz Ros, Manager of Opportunities for the Majority at the IDB, for the UNDP's Business Call to Action and got a sneak peak of the report and the forum.

What will the main takeaways be for those who attend the third edition of the BASE Forum?

Luiz Ros: Participants will have the unique opportunity to hear directly from high-level executives who have incorporated BOP markets into their companies’ growth and innovation strategies. Also, the audience will be able to dive deeply into specific sectors such as housing, education, health, energy and telecommunications, and learn from practitioners who have created and implemented business models in these sectors. In addition, government officials, regulators, impact investors and accelerators who make up the BOP business ecosystem will join us as panelists.

The BASE Forum gathers more than 1,500 international participants.[/caption]

We have taken great care in developing an agenda that presents the companies and practitioners that have been able to crack the code of serving low-income markets in a profitable manner. These panelists are sure to provide sharp insights that speak to the challenges they’ve faced and the innovative ways in which they have addressed them.

A recurring challenge for companies seeking to serve the BOP is distribution and scale, so this will be a frequent theme throughout the forum. We will explore diverse solutions to these issues – ranging from the power of mom-and-pop shops as distribution networks to the potential of broadband to help companies reach scale in the BOP market.

The forum will also see the launch of A Rising $750 Billion Market: Unlocking Opportunities at the Base of the Pyramid in Latin America and the Caribbean. This report explains how the BOP has evolved in recent years, how BOP populations spend their income, the fastest growing sectors in this market and the repercussions for businesses that enter the BOP market.

Could you give us a hint of what will be showcased in A Rising $750 Billion Market: Unlocking Opportunities at the Base of the Pyramid in Latin America and the Caribbean?

Luiz Ros: The report shows that the BOP market segment in Latin America and the Caribbean has grown in terms of both population and spending capacity. The BOP is now a market of 406 million people who spend $760 billion every year on goods and services related to health, education, food, transportation, education, water and sanitation, and other sectors. Expenditures in these areas are growing rapidly as BOP incomes increase.

Why is the growth of the BOP important for the private sector?

Luiz Ros: The repercussions of the BOP’s growth on the private sector are huge. It’s not only about the size, but also about what the people at the BOP are spending their money on. For example, we found that 90 percent of people in this segment in Latin America have a cell phone – so they are better connected than ever before.

Data also show that BOP households are more educated on average today than in 2000, which says a lot about people’s aspirations and the way they prioritize their incomes. It is not only clear that the BOP has grown, but that it now has disposable income to spend on goods and services that were unattainable a decade ago.

What do you think will be the most important contribution of Unlocking New Business Opportunities: Base of the Pyramid Markets in Latin America and the Caribbean?

Luiz Ros: Let me put it this way: business with the BOP is not business as usual. Setting up profitable business models that serve low-income markets is no easy task. Until now, companies have been successful providing services or goods to very predictable market segments. In addition, people at the BOP have different social capital, priorities and aspirations, and some of them are counterintuitive. For example, their purchasing decisions are largely based on risk perception rather than price. And there is still mistrust of institutions – BOP populations often prefer informal savings networks to formal savings accounts.

The report will provide companies and those interested in the field with important insights to better understand the people who make up the BOP market. If companies understand the market, they will be better equipped to better meet its demands. Since serving BOP markets is the new way of doing business, this report is a must-read for anyone already in the field as well as innovative entrepreneurs who recognize this strategic opportunity for business and development.