Soccer and women: not just something men talk about

Well done Germany! The German national football team is the winner of the FIFA 2014 World Cup that ended Sunday at the Maracanã stadium in Rio de Janeiro. The next time a men’s soccer team holds the FIFA World Cup trophy will be four years from now in Russia. As Die Nationalmannschaft were congratulated by two female heads of state; Brazil’s Dilma Rousseff and Germany’s Angela Merkel, another important event came to mind: the FIFA 2015 Women’s World Cup in Canada
CASSIA PERALTA
JULY 16 2014 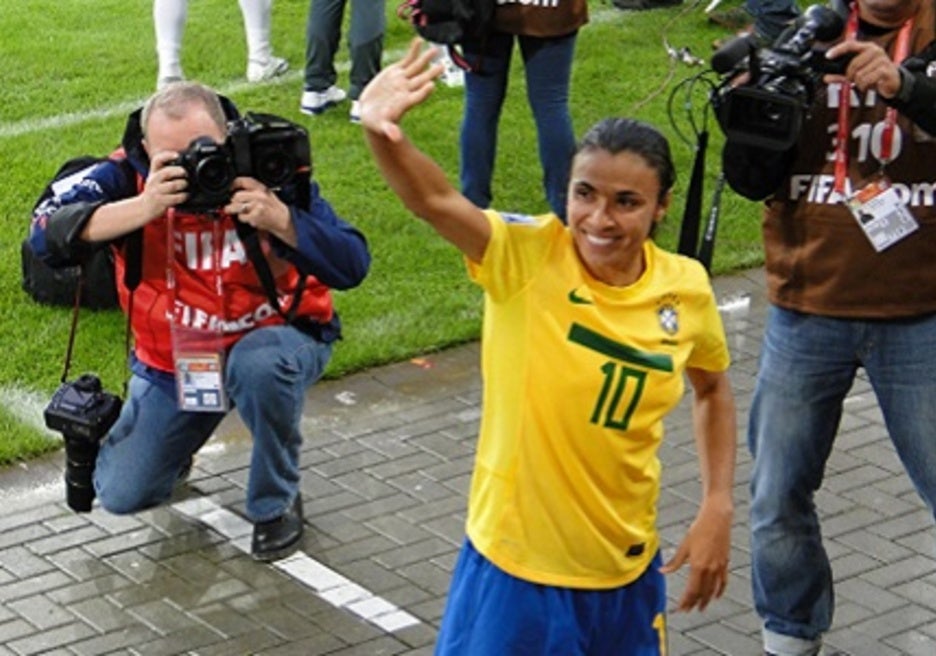 One half of the talent base of the world population is made-up of women; therefore the world of soccer is enriched significantly by nurturing and utilizing its female talents. One of the stars of the women’s game is Brazilian Marta Vieira da Silva or Marta as she is commonly known. Marta was named the FIFA World Cup player of the year five times consecutively; a feat unmatched by any other player, in either the men’s and women’s game. Brazilian men have won player of the year honors on eight out of 18 occasions; Marta alone has brought Brazil five out of 13 awards in the women’s category, making her an exceptional example of the talent Brazil holds in soccer. And, just as Neymar enchanted us with his soccer moves during this World Cup, Marta ought to delight the world next year with her soccer skills, playing for the Brazil women's national team in Canada.

Despite the talent in the women’s game, why is it that the FIFA Women’s World Cup is still not as popular as the men’s competition? Perhaps the general norms and cultural practices relating to women's role in sports are still linked to a masculine or patriarchal culture, limiting women's engagement in the sports arena and the propagation of powerful role models.

As in the realm of sports, gender based disparities is still evident in business as well. Women are still under-represented in senior management positions, with less advancement opportunities and higher gaps in pay. Only 4.6% of the CEO’s in Fortune 500 companies are women. While women’s participation in leadership positions, especially in the United States and Scandinavia, has increased in recent years, the world has not yet achieved a gender-balanced work environment. This is especially problematic because women are the decision-makers in the majority of household purchases, even in traditional male buyer industries. Additionally, women will account for $18 trillion of the total projected income in 2014, making them an even stronger driving force behind the world’s economy.

When we look at businesses worldwide, it is crucial that men and women have equal roles in the decision making process not only because it is more just and equitable, but also because it results in a positive impact on the firm’s performance and competitiveness. Private companies with more female board members have financially outperformed those with fewer women, with a higher return on invested capital of at least 26 percent. Capitalizing on the talents of women in the workforce translates into reduced volatility and turn-over costs for the company while improving the firm’s capacity to adapt to shifts in global markets. An important part of advocating for gender equality includes adopting work-life balance practices, mentorship and training. But an even bigger challenge is to remove the barriers to women’s access to leadership positions by shifting to more equitable, less patriarchal, cultural practices and encouraging the support of role models in their respective countries (to learn more about  women leaders  and how to reduce gender disparities in the work place, read here).

One way to advance gender equality is to celebrate successful females.  Marta is a role model and stellar example of how a nation’s performance and international competitiveness depends on how its female talents are nurtured.

So, which women’s soccer team will you be supporting in Canada next year?