Transforming a Region with Internet for All

The best example of the private sector’s role in advancing digital transformation in Latin America and the Caribbean is the Internet for All (Internet para Todos-IPT) project. It has given access to 4G Internet to more than 2.2 million people and over 12,500 rural communities in Peru over the last three years.
Diego Margot
Edgar Cabañas
JUNE 15 2022

Information availability and access to essential services through the Internet was a matter of life and death for many during the pandemic, given the isolation of some mountainous and remote regions in Latin America and the Caribbean (LAC). Let us not forget this lesson.

For decades, institutions in the region have discussed making digital transformation a top priority to create sustainable economies. Although much progress has been made, the current economic scenario makes it difficult for governments to develop the costly infrastructure needed to bridge the digital gap in the most vulnerable areas. This has opened the way for private sector involvement.

The best example of the private sector’s role in advancing this transformation is the Internet for All (IPT) project, launched in 2018 by the Spanish company Telefónica to connect 100 million Latin Americans to mobile Internet. Based on an innovative and sustainable model, this collaborative project has gone beyond the cities, breaking down the geographic and economic barriers in rural areas and bringing them the much-needed connectivity. 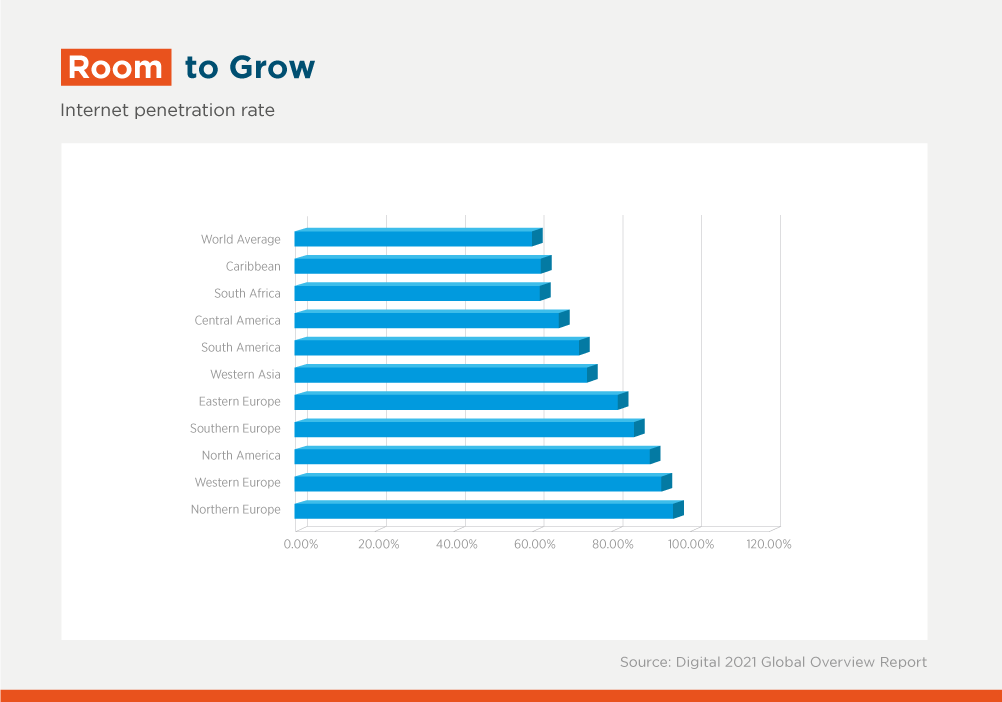 The project owner is IPT, a company formed in Peru through an alliance between Telefónica, IDB Invest – the private sector arm of the IDB Group – Facebook (Meta) and the Latin America Development Bank (CAF). Their goal was to connect more than 3 million Peruvians in rural areas, deploy 4G in more than 3,000 existing towers and build another 850 towers. In addition to Telefónica, Entel and Claro are current IPT customers, guaranteeing the success of the neutral rural infrastructure business model focused on rural connectivity.

The company's first 4G connection platform was launched in Moya, a small Andean town at 3,000 meters above sea level, on June 28, 2019. Moya is a two-hour drive south from Huancayo – the capital city of the Junín region, directly connected to Lima by railway. As the town was slowly becoming a tourist destination, plans were made to boost tourism and increase connectivity. Unpredictably, the pandemic hit and turned Moya’s 4G connection into a lifeline to the outside world, enabling local doctors to be up to speed with the latest COVID-19 treatments.

Nationwide, the government of Peru implemented an online classroom system during the pandemic that enabled 1.5 million people within the Internet for All coverage area to benefit from the program. This could not have been achieved with their 2G connectivity service in 2018.

IPT has continued to expand throughout rural Peru, producing equally revolutionary effects on other areas. It should be noted that 8% of Peru's population – more than two million people mostly living in small isolated communities in the jungle or high mountains and accounting for almost 60% of the country’s municipalities – have no access to mobile Internet at all. Some 12% do not have access to 3G Internet for stable video communications.

In 2020 and 2021, IPT continued to deploy infrastructure in rural Peru, increasing by 240% the number of rural areas with access to 4G Internet and by more than 230% the population with access to this technology. Last month, in fact, IPT celebrated three years bringing 4G Internet access to more than 2.2 million people and more than 12,500 rural communities in Peru.

The company operates under a Rural Mobile Infrastructure Operator (OIMR, for its acronym in Spanish) license, leveraging the possibility to monetize the mobile network operators' spectrum in areas outside their coverage area. IPT stands as a new solution to several existing problems, combining public and private sector efforts to accelerate and achieve the goal of bringing connectivity to rural areas – a catalyst for the economic and social development of smaller or isolated communities.

Check out our series of Client Impact DEBriefs to learn more about the impact results achieved by Internet for All.