This is the story of a small seed from Asia that has transformed the economy of a country in the heart of South America. Soy, a legume brought to Paraguay in the 50’s by immigrants from Japan, is today the country's main export product.
JOSÉ LUIS LOBERA
AUGUST 14 2020 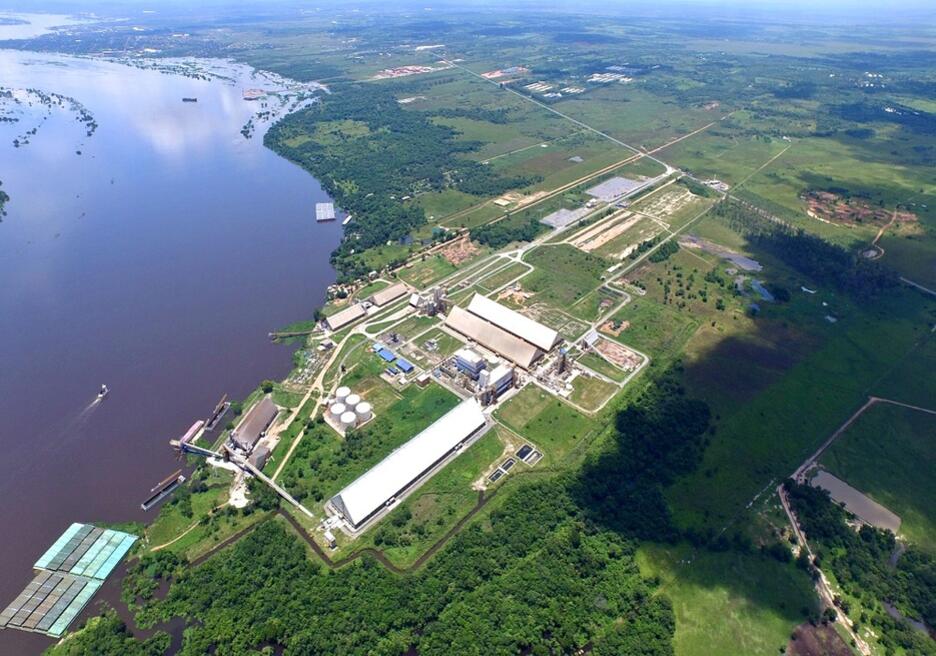 Paraguay began exporting soy in the 70’s, a practice that has steadily increased as a result of the bean’s growing popularity in the Western world. Soy, rich in protein, is the basis for derivative products like flour, oil, and milk. Flour is used to feed livestock, while oil is refined and turned into biodiesel.

Today, Paraguayan soy is shipped mainly to Europe, Russia, and to a lesser extent, Turkey, Argentina, and Brazil. 2016 set a milestone for Paraguay, producing a historic record of nine million tons of soy, and placing the country fourth among world soy exporters for the first time, according to reports from the US Department of Agriculture.

However, in recent years, a drop in commodity prices forced the industry to pursue value-added exports. Paraguay had to find a way to industrialize a product that boosts its value by 60% when exported as a derivative.

Thus in 2013, the largest soy bean oil processing plant in the country, Complejo Agroindustrial Angostura S.A. (CAIASA), was created. Financed by the Inter-American Development Bank (IDB) and the Organization of Petroleum Exporting Countries (OPEC), CAIASA can process up to 4,500 tons of soy per day without using fossil fuels, and with negligible raw material waste.

Located about 45 km from Asunción, the plant uses renewable biomass energy, saving 80,000 tons of CO2 emissions per year. The energy reduction costs are almost US$10 million. In addition, the plant uses an innovative process for treating wastewater that eliminates all river pollution.

From the producer’s point of view, this agribusiness has benefited farmers throughout the country by guaranteeing demand for soybeans throughout the year. In the municipality of Villeta, the plant has created close to 200 direct jobs, as well as 2,500 indirect jobs, mainly in transportation and maintenance services.

CAIASA helped to increase Paraguay's soy processing by 40%. And this is only the beginning. The country is looking to secure its position as a global agribusiness hub for soy, thereby ensuring the country’s sustainable and environmentally-friendly growth. In addition to increasing its processing capacity, Paraguay wants to become a well-known brand exporter, offering an array of products at competitive prices.

Soon enough, you may have Made in Paraguay soy milk for breakfast.