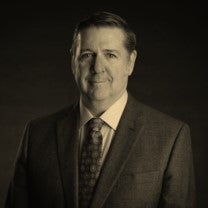 Darren is Senior Vice President of Government Engagement for MasterCard, where he leads the team for Latin America and the Caribbean. In this role, he engages with local and national public sector leaders to increase Mastercard’s relevance and collaborate with governments on their digital transformation efforts, financial inclusion and modernization of public finance management. He has worked across Latin America and the Caribbean for 20+ years, always in technology with a focus on Smart Cities, national digital agendas, digital inclusion and Public Sector digitization.

Before Mastercard, Darren was at Cisco Systems for 14 years in a variety of roles across global, Emerging Markets and Latin America teams. He worked both in strategy and business development roles, including building a City Diagnostics model to benchmark Emerging Markets city efforts against global best practices, and drove Country Digital Acceleration efforts with key national governments in Latin America.

Darren is based in Miami, while originally from South Carolina. He holds both his undergraduate and Master of International Business Studies (MIBS) degrees from the University of South Carolina. He is fluent in Spanish and Portuguese and has lived in Spain, Argentina and Brazil.