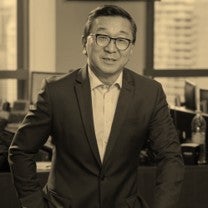 Job title
Chariman, Blackrock Brazil & Vice President of the Board of Directors, Anbima

Job title
Chariman, Blackrock Brazil & Vice President of the Board of Directors, Anbima

Carlos Takahashi is Chairman of BlackRock in Brazil, responsible for institutional relationships with a focus on regulatory and market issues, member of the Latin America Regional Executive Committee and also Vice-President of the board of the Brazilian Financial Association of Capital Markets (ANBIMA).

Takahashi has over 35 years of experience in the Brazilian financial market. Prior to assuming his current role he was Senior Advisor and CEO of BlackRock in Brazil. He had a notable career at Banco do Brasil, where he was Director of the fund management area at BB DTVM for 9 years. He has also worked in other leadership roles within Banco do Brasil, such as corporate retail, private banking and business with affluent clients.

During his career, the executive served on several boards, including Neoenergia, TAESA, Banco Votorantim and HAPVIDA. From 2012 to 2015 he was Vice-President of ANBIMA.